How blockchains can be used in Insurance

This is probably not the first post you’re reading on blockchains, is it? 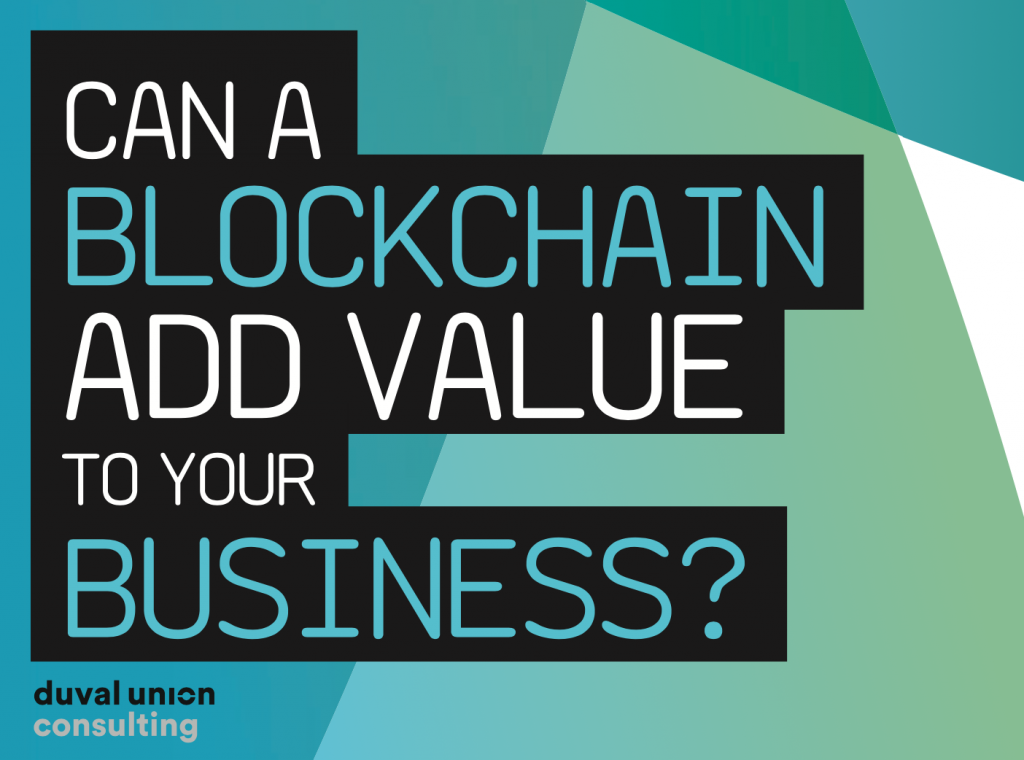 If it is your first post or you could use a simple explanation about blockchains, check out my free E-book: ‘Can a blockchain add value to my business?’ to catch up.

Now I don’t need to go over the basics of what a blockchain is and how it works in this post.

There isn’t much out there right now

You likely haven’t read a lot about Blockchains in Insurance yet, because after a quick search, it seems like there isn’t much out there. I see:

Spending hours trying to figure out how this complex “Blockchain technology” will make sense for the insurance industry is frustrating. I hope I can clear up a few things for you here.

Don’t start with a Blockchain consortium

Like in banking, insurance incumbents are grouping together in Blockchain consortia, such as B3I. Together they want to explore how blockchains can be used to improve existing processes.

If you didn’t already team up with other companies, don’t feel left out. You probably won’t learn much from sitting around a table with other people who also understand blockchains at a basic level. You’ll need a lot more than that to succeed. 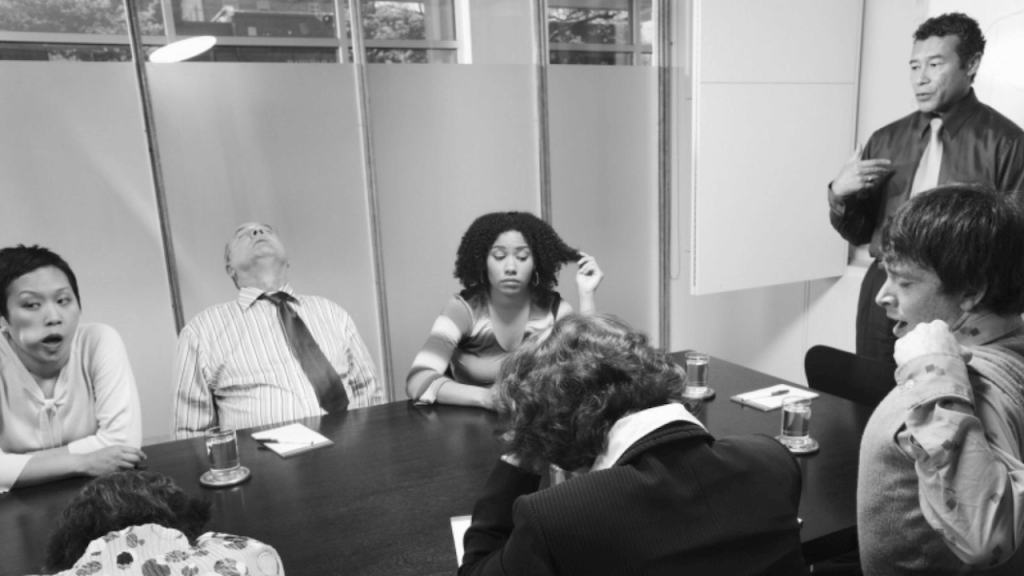 If you’re serious about exploring possibilities, try these 4 steps

1. Learn everything you can about blockchains.

Take your time for this. You’ll likely tell yourself that you “get it” sooner than you should.

Normally seen you should be following this pattern:

for @lopp – this is the chart that was drawn for me my first week in #bitcoin ? pic.twitter.com/vrnaViPMkt

Keep in mind that the blockchain space is much like science in some ways. Many things aren’t left up for interpretation, they either practically work a certain way, or they do not.

2. Sit down with experts and developers to build a prototype.

I get that people are anxious about creating industry standards first, but if there are no working products in the market, then there is nothing to base those standards on.

It’s a bit of a chicken and egg situation, but I think ambitious organisations should set the standards through building the first products, so that others will follow. Don’t keep dabbling in how things should work in theory.

3. After you get that to work, onboard partners.

Don’t add overhead prematurely, it will only lead to slow decision-making and little added value.

3 ways how a Blockchain can improve Insurance processes

I don’t think it is crucial to first list all of the possible applications. If you can get even one to work, you’ll have the whole insurance industry looking at you in awe.

I’ll still list 3 straightforward applications of blockchains in Insurance for you here. I’m sure there are more, but I’m no expert in the Insurance business and it’s not the goal of this post.

Each transaction that is recorded in a blockchain can contain a small amount of data. This allows you to use transactions to transfer ownership of more than just money.

Through a blockchain, you can track the ownership of all types of assets and decrease fraud, as there is a clear audit trail. See examples over at Everledger & Provenance.

With this system in widespread adoption, you wouldn’t be able to sell a stolen diamond, if you’re not recorded as the current owner. At the same time, you can’t pretend your diamond was stolen, file a claim, and then easily sell it later on.

Since a blockchain is stored in a decentralised way without any administrator, it is also impossible for anyone to claim ownership of something that isn’t theirs.

This application will be most valuable for places and cases where fraud and corruption cost the most money.

With more information available and auditable in a transparent way, it becomes easier to assess risks in many situations.

I see a lot of theoretical use cases that would make life easier for the auditor, but at the same time these would negatively impact other participants that don’t want their competition to see their activities and exploit this information.

A potentially more interesting way to assess risk is through decentralised prediction markets, which allow people to speculate on the outcomes of events at large scale. Hivemind, Augur and Gnosis are the best known examples of this.

All 3 are a work in progress, and time will tell whether people will actively use them at a large enough scale.

You may have heard of smart contracts before, which are often misunderstood and overhyped “If -> Then” statements, and in some cases, a brilliant innovation.

Smart contracts were invented by Nick Szabo (read: genius) in 1994. I’m going to let him do the talking here:

A smart contract is a computerized transaction protocol that executes the terms of a contract. The general objectives are to satisfy common contractual conditions (such as payment terms, liens, confidentiality, and even enforcement), minimize exceptions both malicious and accidental, and minimize the need for trusted intermediaries. Related economic goals include lowering fraud loss, arbitrations and enforcement costs, and other transaction costs. ~Nick Szabo, 1994

So smart contracts automatically transfer ownership of a token (and what it represents) on a blockchain, after a certain condition is met.

Don’t let the word contract mislead you, these are not legally binding by default.

An often used example of a smart contract

If you have a flight cancellation insurance and your flight gets cancelled, you could in theory instantly get paid out. Whether a flight is on time is simple, public data, which can be read by a computer program.

In practice there are a bunch of (technical) challenges to overcome, which I won’t go into detail about in this post. I’ll just focus on one here.

Insurers don’t want blockchains for the reasons their clients do

To me the most straightforward challenge is that an insurer does not want to do instant, automatic payouts.

Part of their revenue comes from people who forget to file claims and from holding their clients’ money for longer than necessary.

In theory, some overhead costs could be removed by using a blockchain, but these would probably not outweigh the financial gain from not optimising insurance payouts.

As we’ve seen across many industries, startups tend to be less focused on short term profits. They are often willing to operate at a (funded) loss, to rapidly gain market share and later on deploy profitable monetisation strategies. It’s a long term game for them.

Operating at break-even or a loss, by doing automatic payouts through smart contracts sounds like something straight up their alley to me. It would be a major differentiator over incumbents.

I believe if anyone is going to use a blockchain, it will be a startup and not an incumbent. Do prove me wrong though 🙂

But we will use “Blockchain” for something else

An insurance company may say it wants to use a blockchain to share data with partners on an equal footing, so they can optimise other processes. Perhaps that could lead to efficiency gains, but in most cases you will find a centralised database to be a more efficient solution.

If you want to use a blockchain among partners, you need to figure out the cases in which you want to share information that all participants are allowed to see, but none should be able to manipulate individually. In other words, you need some trust among each other, but not full trust. That’s something to think about for a while.

These cases are definitely out there, and a blockchain is a mindblowing solution to them. The challenge is not just finding them, but building them.

If you’re an Insurance company and you’re exploring how you can use a blockchain, let’s talk!