Micropayments are here to transform user-engagement

I believe they will have a major long-term impact on how we advertise, how market research works and how we engage people in all kinds of activities. 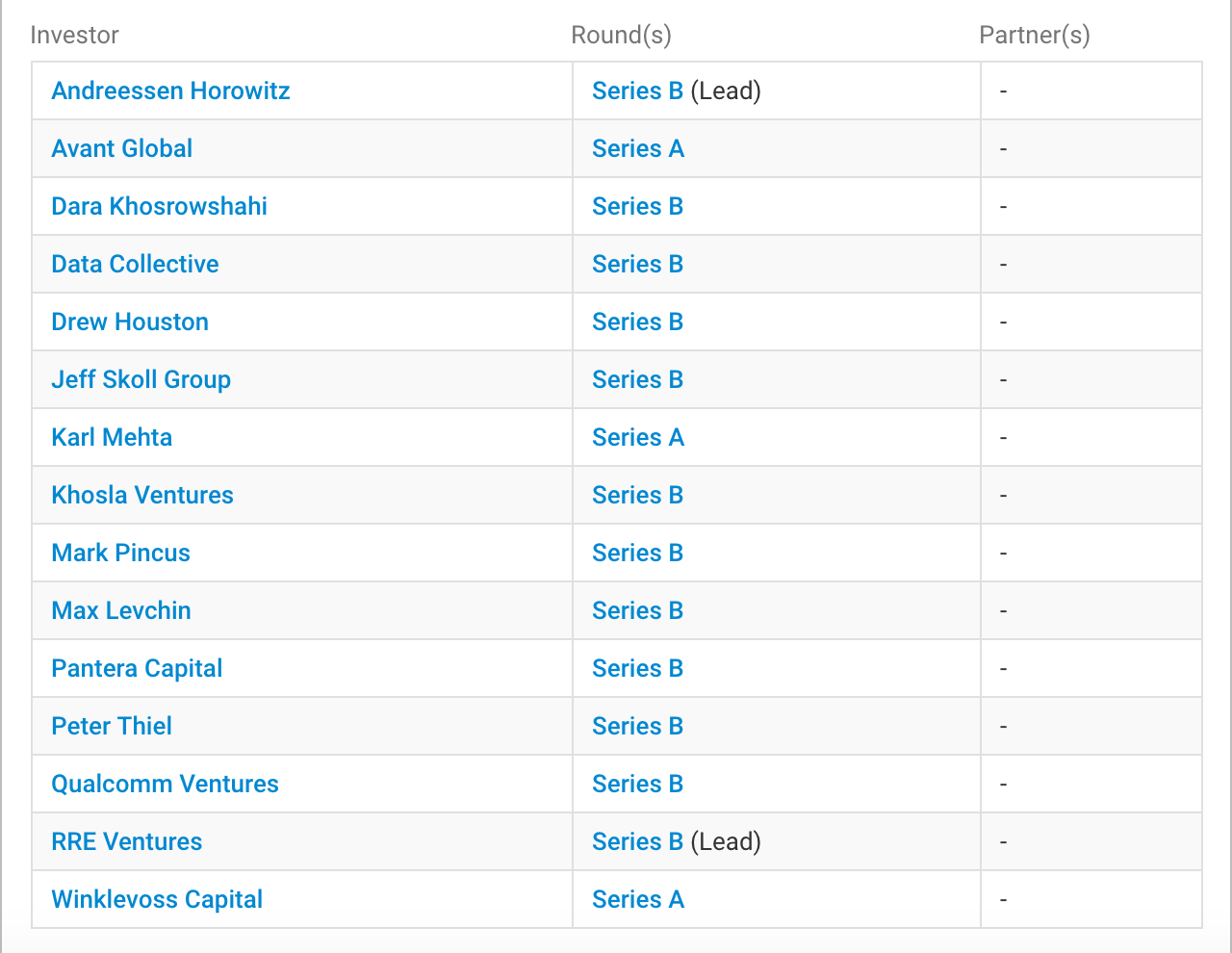 They recently launched their first service: An inbox where the sender pays you if you reply to their message. A way for busy people to have their inbox strictly filled with people who absolutely want to reach them.

I saw a lot of skepticism around this niche but very useful service.

Hah, they burned through $120M VC money for LinkedIn Inmail???

The 2 new services 21 launched today show where this is going, and why these 16 investors put in as much money as they did.

21 just flipped the table, because these are services LinkedIn should have created.

Surveys today rely on our goodwill, that in our spare time, we’re willing to sacrifice some of it to give people or brands some answers.

You may promise me a TV or a trip to New Zealand if I participate, but there is a 0% chance that I will click on your targeted Facebook ad. I would need to take thousands of surveys for a small chance of ever winning anything and I know I won’t make it that far. You want to take my time and pay Facebook for it? Not a chance. 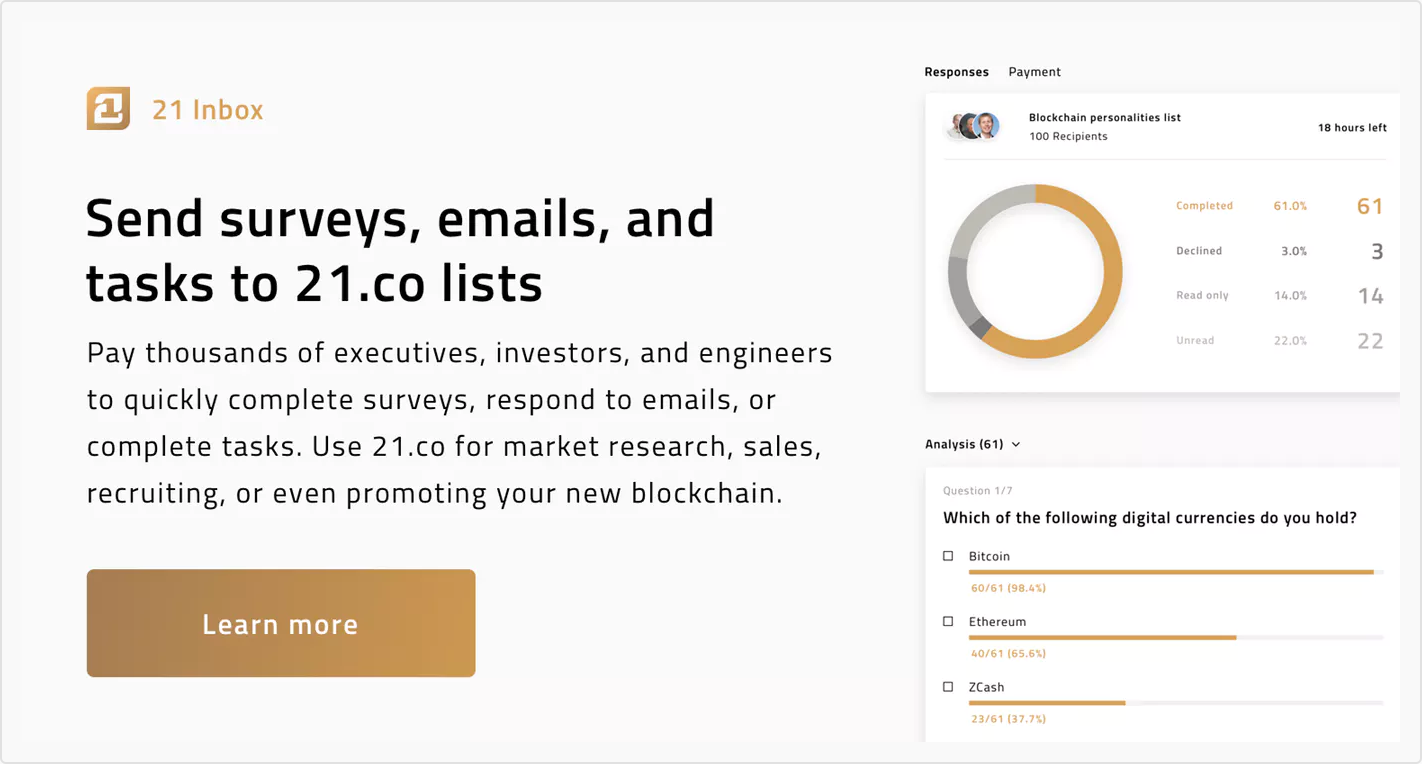 How about you pay me for each survey I take? Now we’re talking. Especially if I’m in a younger demographic that is hard to reach and has no way of earning money yet.

Years ago people scoffed at the idea of paying for hyper-targeted reach, such as Facebook ads.

Surely I’m not going to pay to reach people who are already following me??

Then we all got sucked in by the Internet. With so many people hunting for our attention, advertising became the new norm to reach people. Sadly advertising rewards the platforms, not the users, and innovation will challenge that unsustainable model.

Are we seriously evolving to a world where we have to pay for people’s time?

Yes. Time is the most valuable thing in life. 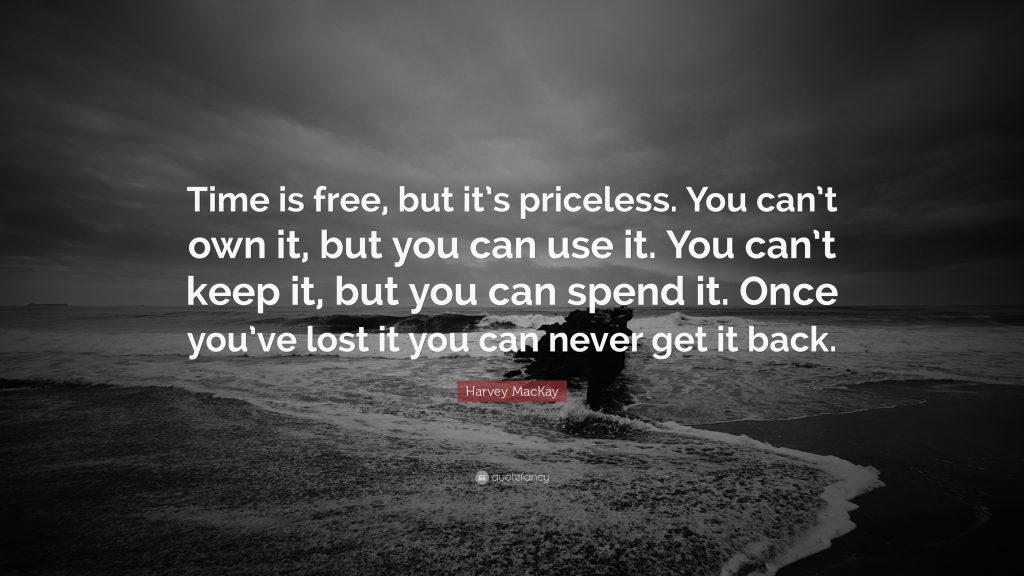 If you want people that don’t know you to spend time helping you, you shouldn’t be paying Facebook & co for it, but the people whose time you’re taking. That is a fundamental shift in the way we will hopefully engage people in the future.

I’ll keep this one brief, because most of it is elaborated above.

In a microtask marketplace, you will pay users to do all kinds of tasks, not just filling out surveys. If you need to crowdsource anything, you now have a way of incentivising people to help you out.

This doesn’t mean all non-monetary incentives will go right out the window. People will still love those special rewards and opportunities, it simply provides an alternative to ensure you can get enough participation.

Will 21 succeed in becoming THE marketplace for microtasks?

I don’t know, there are already a lot of marketplaces out there. In most of those it is a winner-takes-all approach though, so in that regard this is a game-changer.

I really look forward to seeing how this will play out. I believe that even if 21 doesn’t succeed, the logic of paying people for their engagement at large scale will get adopted one way or another. Time will tell.